The floors in Casa Burés feature mosaics made out of thousands of stoneware tiles arranged in beautiful geometric designs. 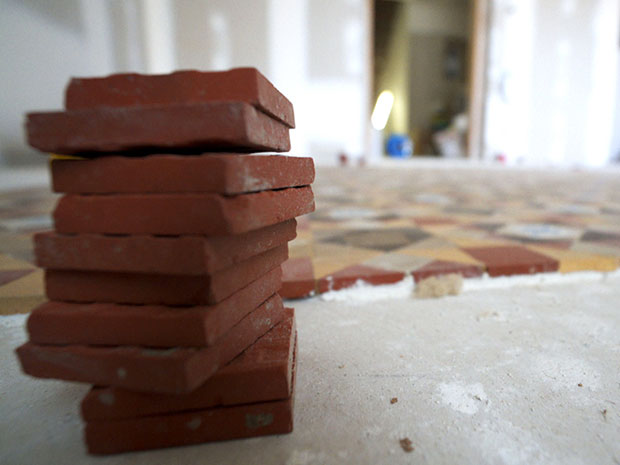 The floors in Casa Burés feature mosaics made out of thousands of stoneware tiles arranged in beautiful geometric designs. These geometric tesserae, or tiles, are known as Nolla mosaic, after Miguel Nolla, the Catalan entrepreneur who began manufacturing them in Valencia in 1860.

Nolla mosaics can be found in many of the most prominent Modernist buildings in Barcelona and other European cities. Very specialised craftsmen, known as “mosaiqueros”, put a great deal of time and effort into manufacturing them and putting them in place. As a result, having a Nolla mosaic became a symbol of distinction and power for homeowners. The smaller the tile and the more elaborate the geometric design, the greater the reputation. 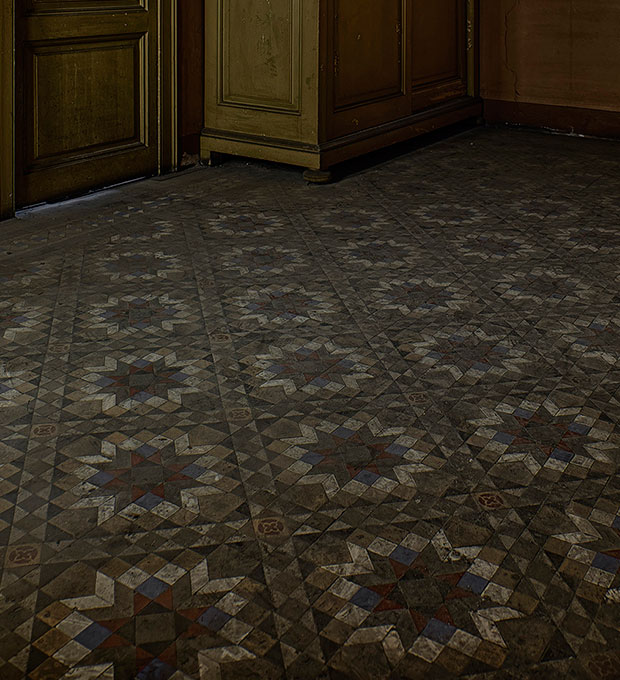 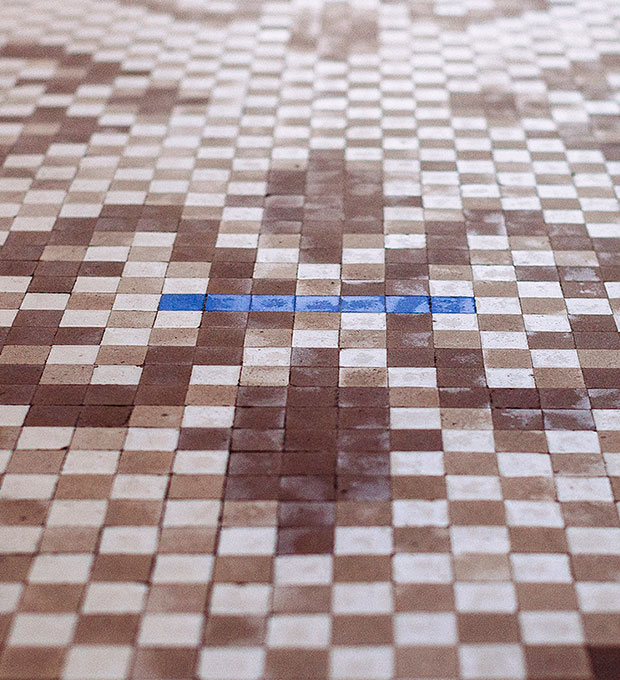 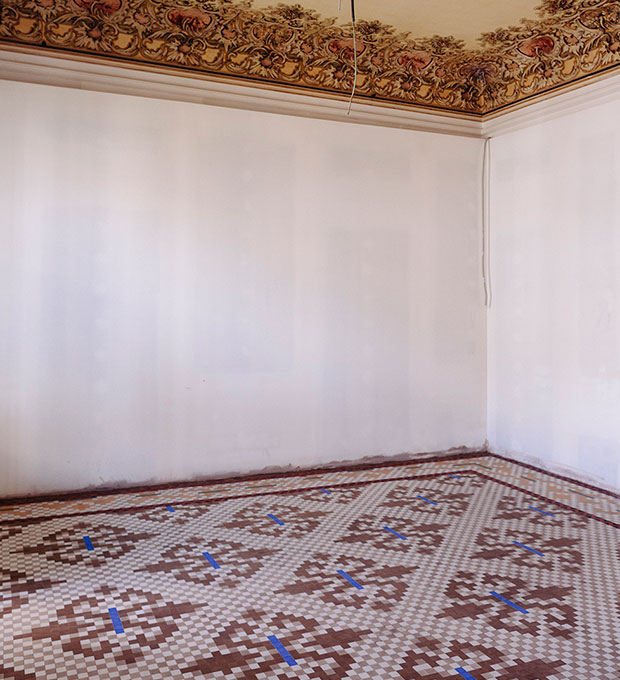 Aristocrats and politicians travelled to Meliana, the Valencian village where these famous tiles were manufactured

However, these mosaics were well known in the United Kingdom long before Miguel Nolla started manufacturing them in Spain. Queen Victoria had to grant the entrepreneur a royal privilege to manufacture them there.

Nolla mosaics became world famous and the company’s workforce expanded to 500. These Valencian tiles can now be found all over the world, as far away as Portugal, France, Russia, Argentina, Mexico, Chile and Guatemala. Buenos Aires cathedral and metro stations in Paris and Moscow boast these magnificent tile arrangements. Two examples of Modernist architecture that feature these mosaics are the Palau de la Música Catalana and Casa Batlló.

Aristocrats and politicians travelled to Meliana, the Valencian village where these famous tiles were manufactured, to acquire first-hand knowledge on how they were made. King Amadeo I of Spain (of the House of Savoy) and some members of the Romanov Russian royal family visited the famous factory, which had been built on an orange orchard. 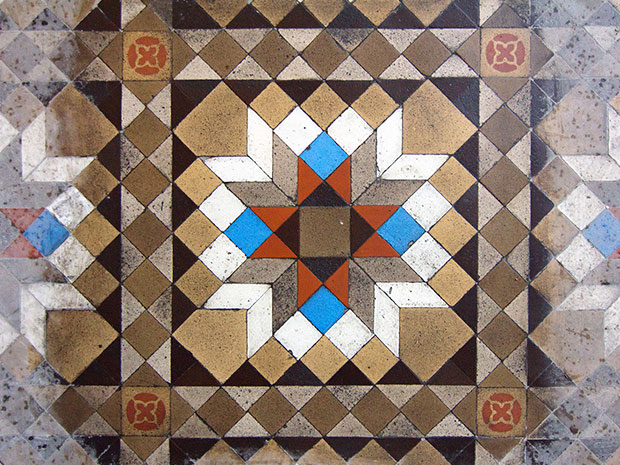 His team removed thousands of tiles and catalogued them one by one based on their location, their condition and the work that needed to be done on them. They had to be cleaned and restored, and then put back in place one by one in the same geometric arrangement as the original mosaic. Each Nolla mosaic floor in Casa Burés has about 600 tiles per square metre. In total, the team restored 200 square metres across the entire building, which equates to approximately 120,000 tiles.

The restorers had to chip away a layer of mortar from the tiles after removing them from the floor. The tiles were then placed in an acidic chemical solution and cleaned with a pressure washer. After the acid was neutralised, tiles with small cracks were picked out and discarded. Only original tiles have been used on Casa Burés’ floors and there are no reproductions or replicas.

Putting the tiles in place required great skill and knowledge of the geometric patterns the company was using. The tiles were divided into colours and shades, classified and then taken to the rooms where they were going to be placed. 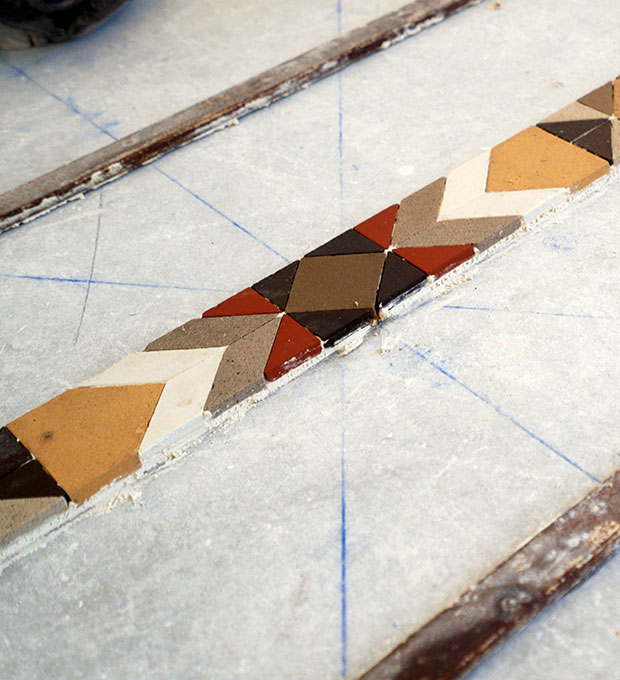 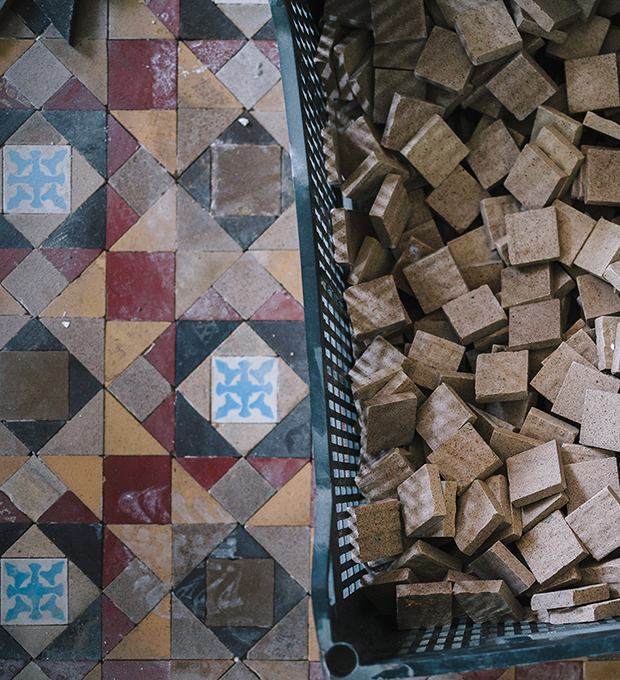 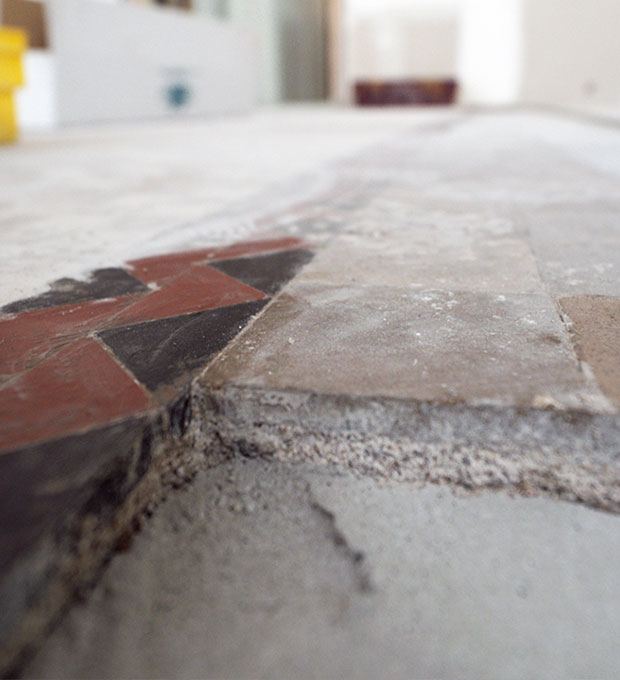 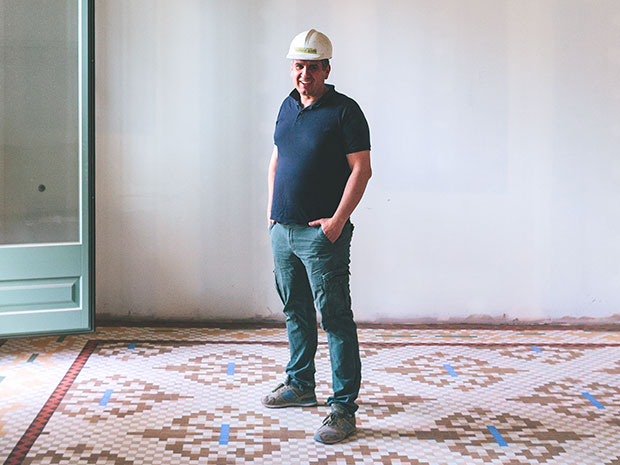 Salvador Escrivá initially restored artistic stained glass, mainly in cathedrals, churches and public buildings. In 2002, he restored the stained glass windows in the Municipal Exhibition Hall in Valencia and was commissioned to restore its Nolla mosaic floors. What started out as a challenge became a complete career change.

Escrivá is a member of the Spanish Network of Traditional Building Masters. He has collaborated on many restoration projects on private homes and public buildings in Barcelona, Madrid and Valencia, such as Meliana Town Hall and Fernán Núñez Palace in Madrid, which is the head office of the Spanish Railways Foundation. One of his most recent commissions holds special significance, as he will be restoring the floors in Miguel Nolla’s palatial home.