One of the first lifts

The lift in Casa Burés was one of the first in Barcelona. 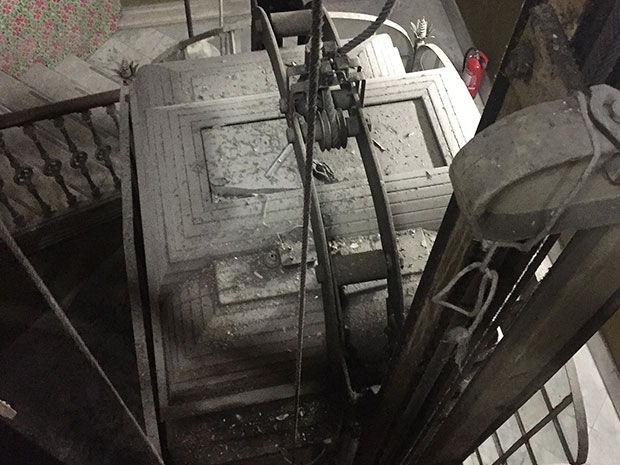 This wave of lift installations in the new buildings of the Eixample was very closely linked to the need to gain height to build apartment buildings and the arrival of electricity. Lifts were a symbol of power and prestige, despite the fact that the finest residences were located on the lower floors. The building owners generally lived on those floors, as in the case of the first owner of Casa Burés, whose home on the Residences floor had an independent staircase in the carriage entrance. 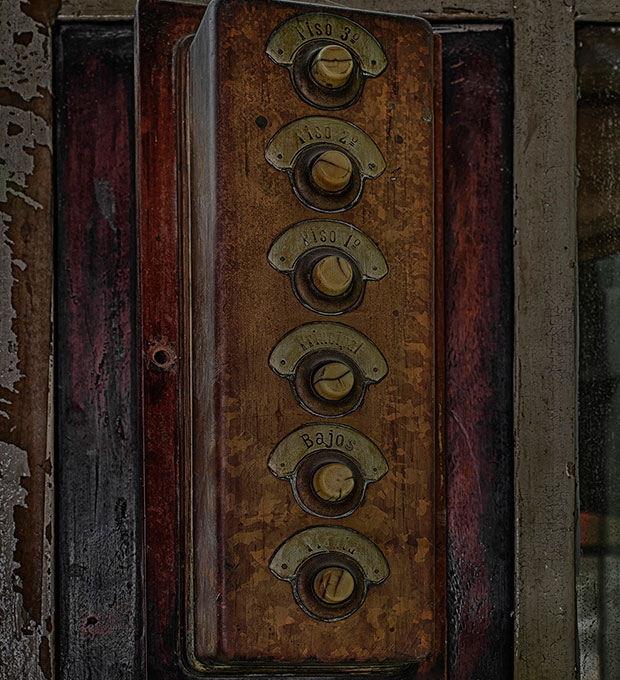 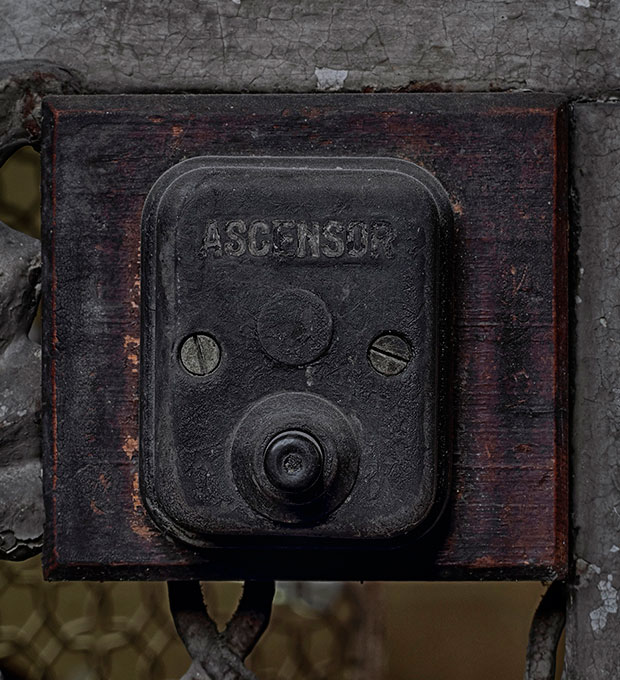 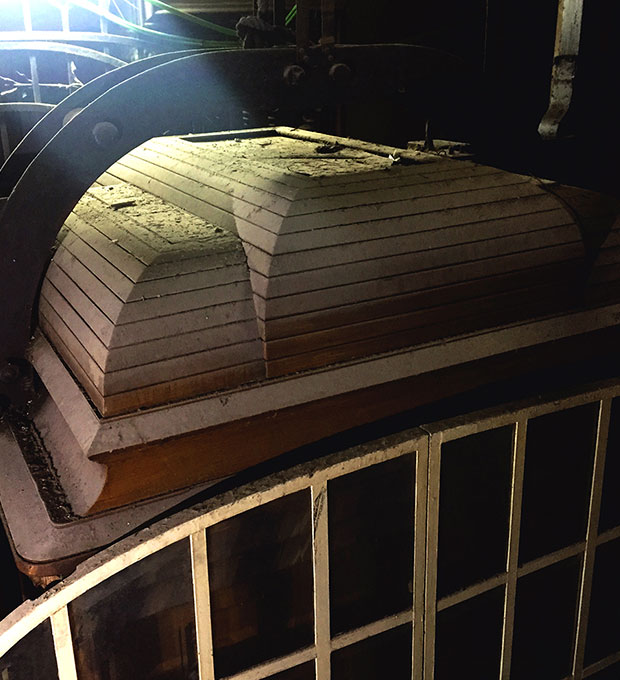 Most of the lifts manufactured during the period were true Modernist gems: cabins made of fine carved wood with features such as upholstered seats, beautiful lamps, iron and glass or wire-mesh doors, intricate stained glass and wrought iron handrails.

As was the case with all lifts from this period, the one in Casa Burés could only be used to go up, which explains why there were no doorhandles on the landing side of the doors. The button panel was used only to return the lift to the ground floor. The building’s residents had to use the stairs to go down.

The cabin is made of wood and is still equipped with a side seat, where users could rest while going up, given that these lifts were known for going notoriously slow. At that time, most lifts were designed for four people, regardless of the size of the cabin. Both the cabin and the landing doors, embellished with crafted ironwork, were decorated with bevelled glass.

This building holds many secrets and one of them was revealed when Bonavista began restoration work. In the carriage entrance, behind a tiny door leading to a narrow corridor under the main staircase, a secret lift for the service staff was hidden away that only went up to the main floor.

Both the cabin and the landing doors, embellished with crafted ironwork, were decorated with bevelled glass

Bonavista commissioned Ascensors Camprubí to carry out a study to determine if the lift could be restored to comply with current safety regulations or whether conservation would not be possible. After an in-depth technical study, they found a way to conserve the cabin and landing doors, and also ensure that the lift complies with official safety standards.

To restore the cabin and recover the original mouldings and carvings, the cabinetmaker from Ascensors Camprubí cleaned, sanded, stripped and varnished the cabin’s durable American hardwood, which is well known for standing the test of time.

For increased safety, a specialized locksmith from Ascensors Camprubí replaced the handles on the key-operated locks with new electronic safety locks on the landing doors, which have protective mesh lattices on each side of the door and in the stairway.

Since the restored Casa Burés now has the extra rooftop floor, the lift door, ironwork and glass panels were reproduced on the new floor. All the glass panels on the landing doors were firmly attached and the ironwork was reinforced with special strengthening sheets. The button panel on the ground floor was restored and reassembled to provide a reminder of the original lift.

Except for the cabin and landing doors (the lift’s historic elements), all the other lift components are completely new. The result is a Modernist gem with modern functional features and state-of-the-art technology. 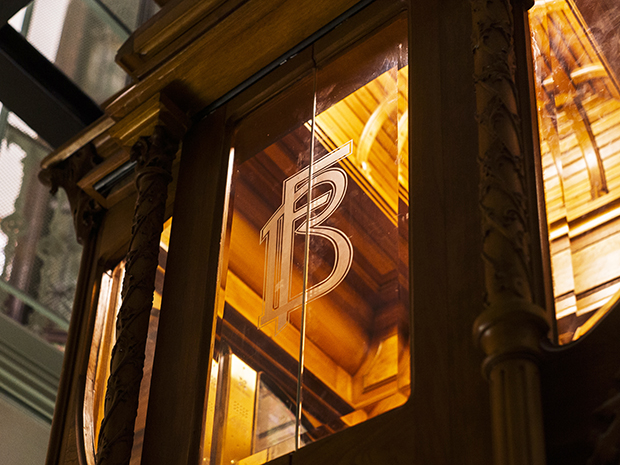 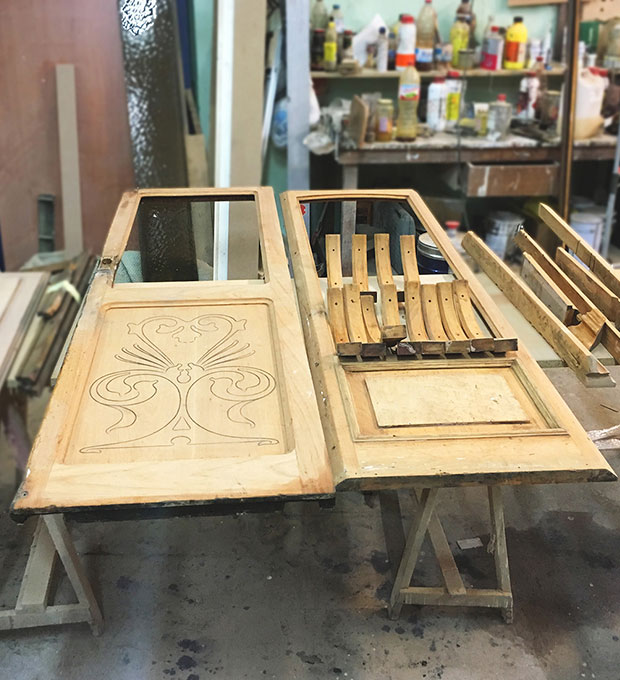 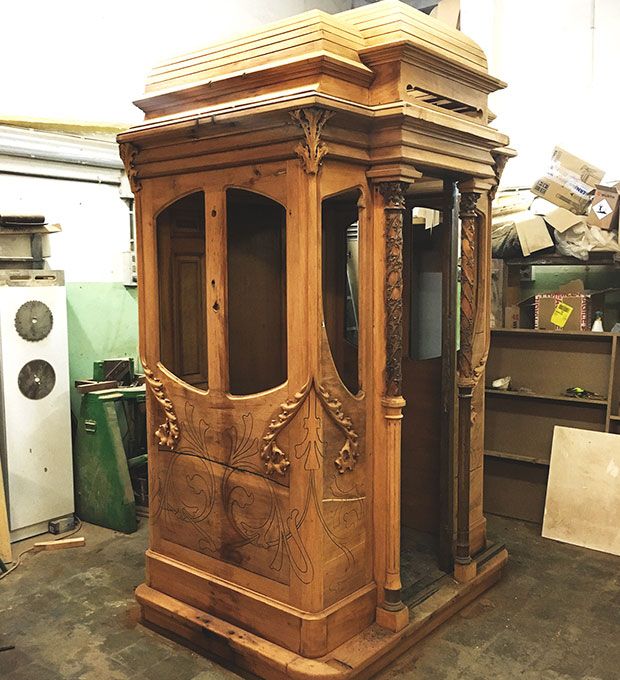 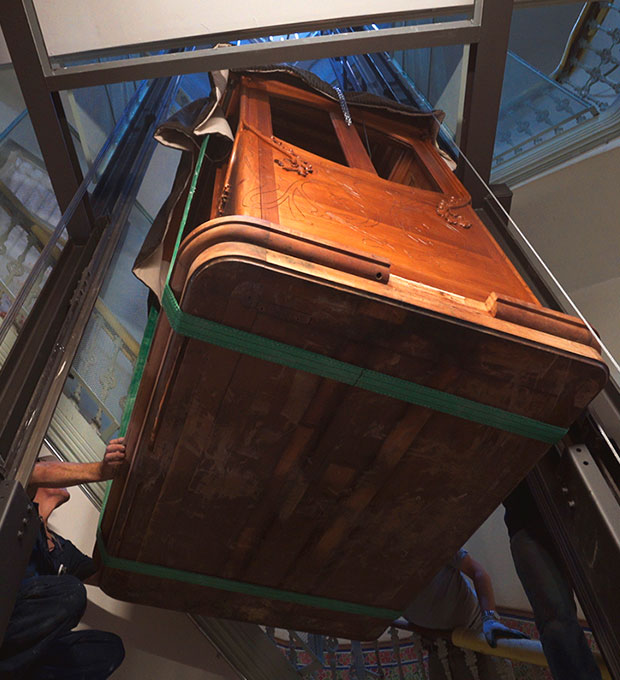 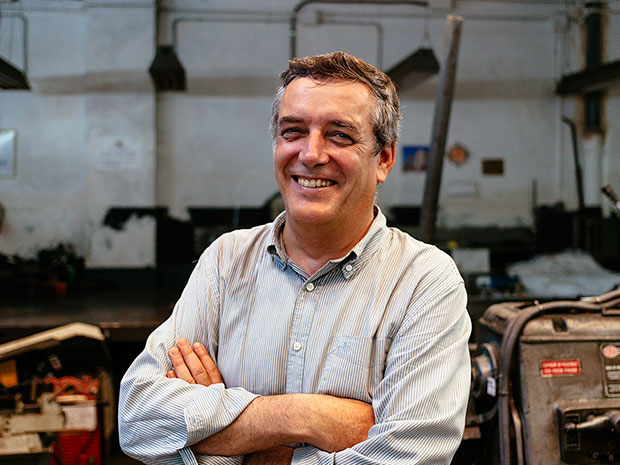 Joan Camprubí is the third generation at a lift installation company founded in 1929 by his grand father.

Although the company works on the assembly, repair and maintenance of all kinds of elevating devices, one of its specialities is restoring and recovering Barcelona’s historic lifts.

Among other projects, Joan Camprubí restored the lift in Casa Felip, a Modernist building in the Casa Burés neighbourhood, and is currently working on the restoration of Casa Viuda Marfà in Passeig de Gràcia, which was built at the same time as Casa Burés.