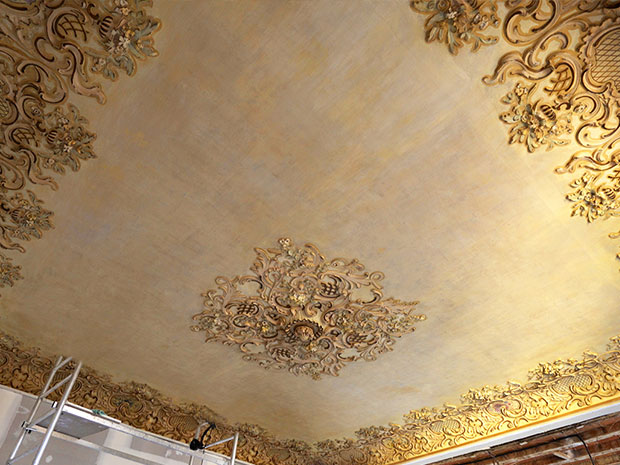 Casa Burés showcases a complete range of Modernist art forms and is bursting with colours, shapes and materials. The ceilings are no exception.

Some include beautiful paintings while others feature tiny bits of nacre that create graceful silvery silhouettes dancing like a silk fabric in the play of natural light at certain times of the day. Others boast a very typical Modernist element: high-relief plaster mouldings featuring exceptional decorative compositions.

This type of moulding was highly characteristic of the period and replaced the wooden beams and ceilings popular in previous centuries. Because each architect created his own design, these signature mouldings ensure that no two buildings are exactly alike. Architect Francesc Berenguer i Mestres decorated the ceilings in Casa Burés with elegant floral motifs. 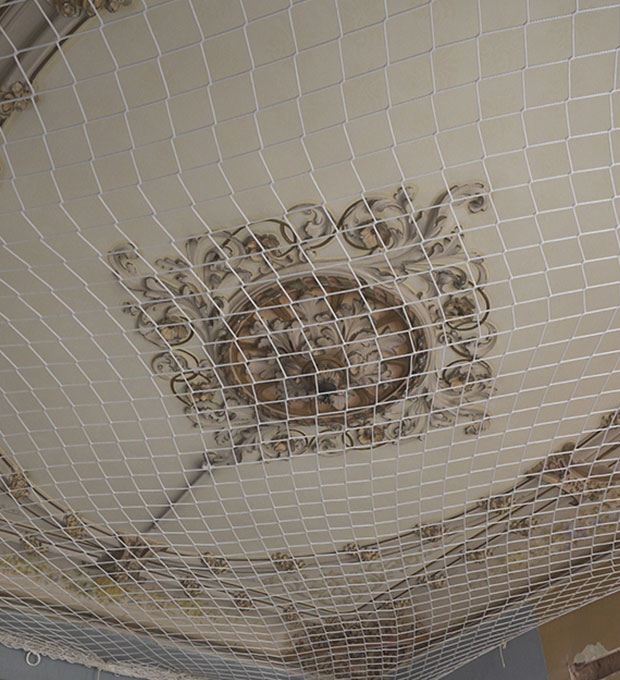 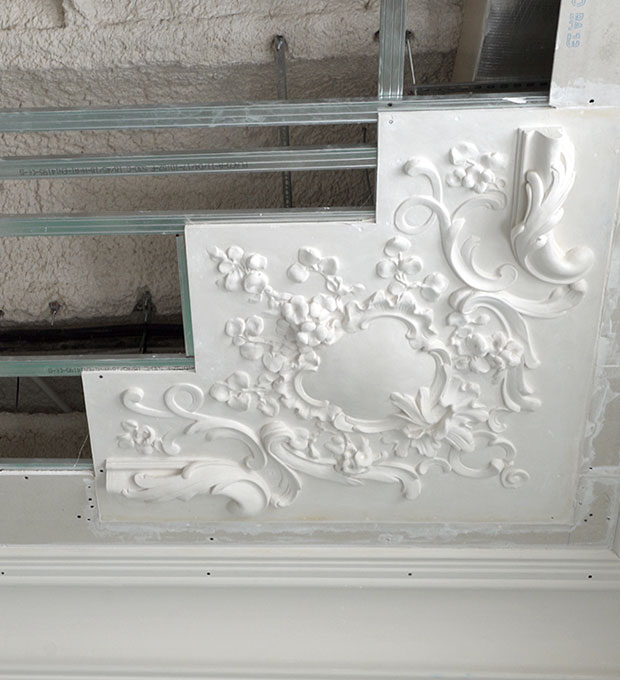 Ceilings have been dismounted and then restored to their original location, now with structural reinforcements and installations

Starting in 1870, the reed and plaster technique was used to make ceilings. Craftsmen first created a ceiling of reeds that was then covered in plaster and decorated. The reed and plaster technique eventually fell out of use when safer and stronger techniques became available. In addition, the fact that the residences had to be equipped with ventilation, air conditioning and lighting systems made it necessary to leave a space between the ceiling and the false ceiling to tuck away machinery, cables and pipes.

Although some of the ceilings are completely new, many have been restored and maintained in their original location, whilst finding alternative solutions to integrate structural reinforcements and installations. However, since their heyday, original plaster ceilings and mouldings have not always been appreciated or conserved.

During many restoration projects in the 1970s and 1980s, plaster mouldings were taken down to make way for more functional ceilings. 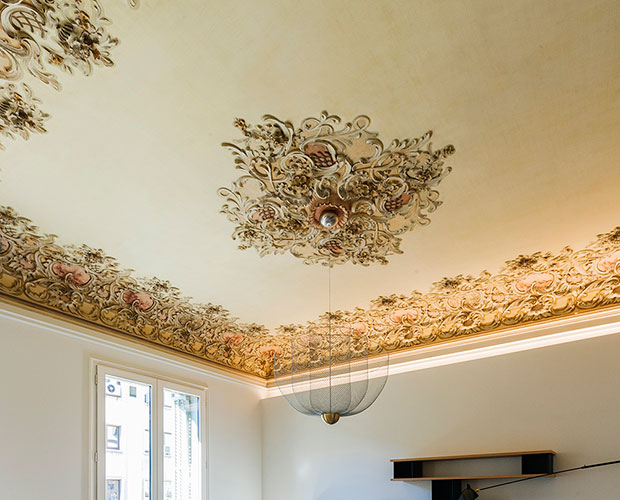 Ceilings still display their original polychrome work. Each painting is unique and designed specifically for its room

With the aim of saving ceilings of great artistic value and also equipping the rooms with modern amenities, structural reinforcements were made. It was necessary to disassemble the original mouldings to later reinstall them in the same location. These ceilings still have their original polychrome work. Each painting is unique and designed specifically for its room. The delicate landscapes with fauna and flora are particularly remarkable. 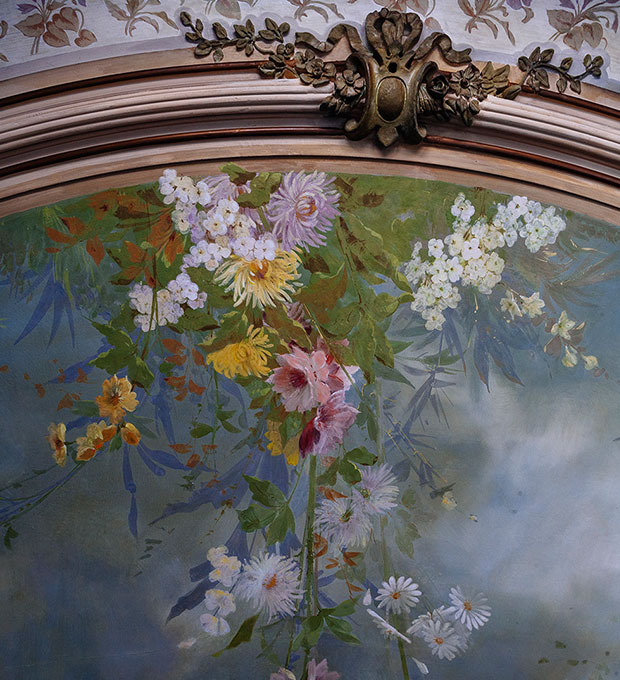 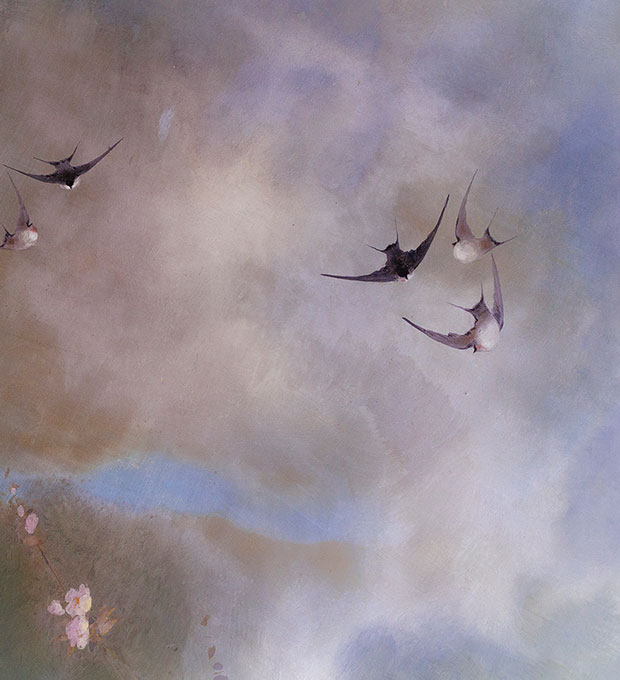 By reproducing the original mouldings, the essence of century-old residences has been maintained, along with the splendour of early 20th-century Modernist architecture whilst enabling all the amenities of a comfortable, 21st century residence.

The original ceilings in Casa Burés were still in place, and have served as models for the new ceiling reproductions. Ignasi Martínez and Manuel Moya, two of the ROM-APLIC professionals who worked on this project, explained that the original ceilings were used to build rubber moulds, as well as counter moulds, to ensure the plaster volumes were the same.

Their work has not always been so straightforward. When working on the Gran Teatre del Liceu after the 1994 fire, ROM-APLIC had to create plaster reproductions from photographs. Like other craftsmen working on Casa Burés, the ROM-APLIC experts created the mouldings in their workshop and returned to the historic building to install. As Ignasi Martínez said, “We’re lucky to be able to use modern technology in combination with the best craft techniques.” 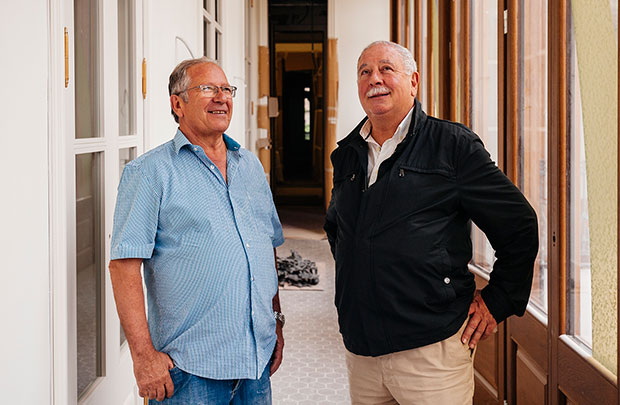 ROM-APLIC was founded in 1992 and now sets the standard for reproducing mouldings in historic buildings. The company was commissioned to reproduce the ceiling mouldings in the Gran Teatre del Liceu following the terrible fire in 1994. They were also entrusted to create the suspended ceilings at the Picasso Museum and the Egyptian Museum, and have worked on other iconic buildings in the city such as La Pedrera and the ultra-modern Hotel Arts.