86 wooden heads look out from under the eaves in Casa Burés. 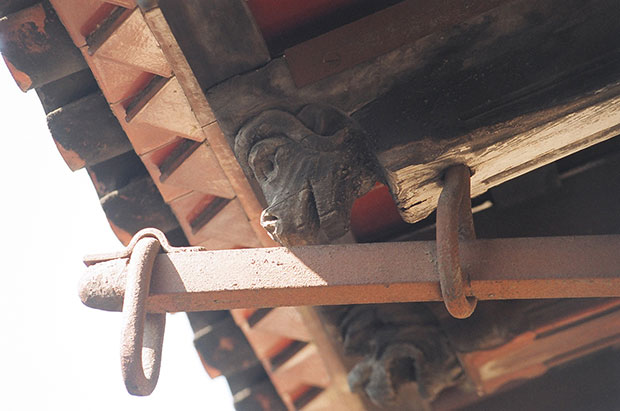 Casa Burés’s 86 wooden heads under the eaves on its façade are among its most magical feature.

The origin of these beams with carved wooden heads dates back to the Middle Ages, when medieval craftsmen regularly pushed the limits of their imaginations to create a series of beasts and imaginary beings that evoked even older myths.

Casa Burés’s owner wanted the building to have this medieval feature which according to popular belief in the Middle Ages, served to drive away evil spirits.

The identity of the craftsmen who carved Casa Burés’s 86 heads is still unknown. However, we do know that they chose to make them out of melis pinewood, a highly valued wood during that period. 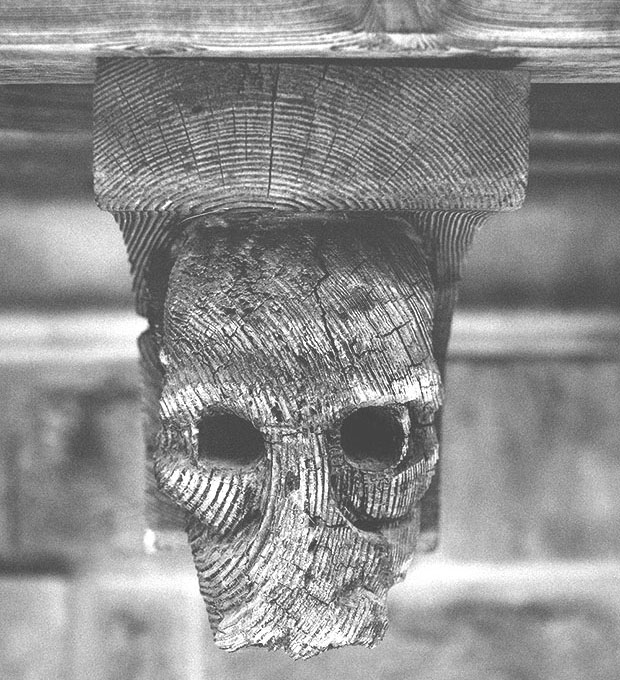 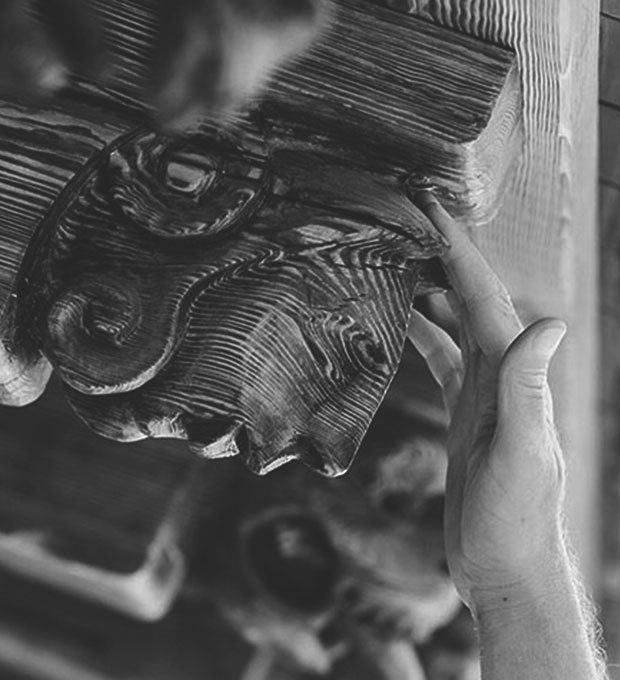 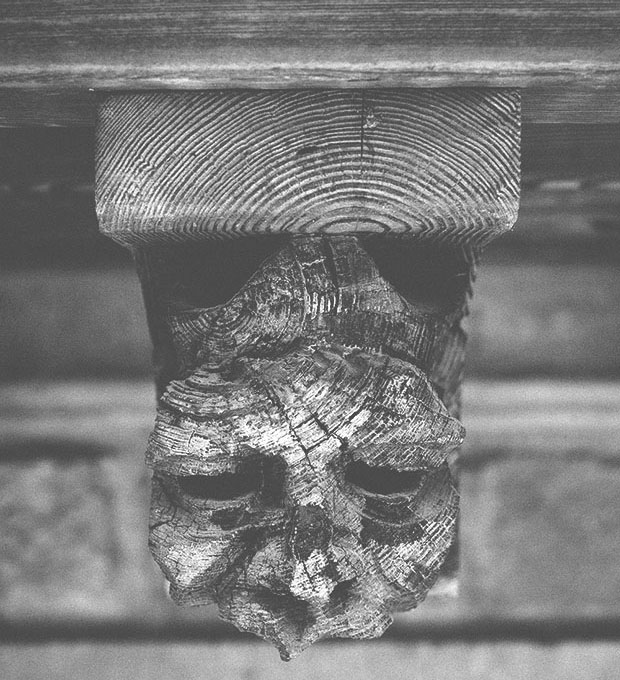 It is thought that they were made by a team of four craftsmen, as there are four heads wearing caps

After lengthy analysis and restoration on the wooden heads and beams under the eaves, it was concluded that they were made by several different craftsmen, as some of the heads were carved far more precisely and in much greater detail, and are clearly the work of the same artist, while others have a completely different style.

The team in charge of restoring the heads believe that they were made by a team of four craftsmen because there are four carved human heads wearing caps, a common practice among carpenters at the time. Most of the other heads are carved in the shape of animals and monsters. It may have been the craftsmen’s way of showing off their hard work, which has now been restored. 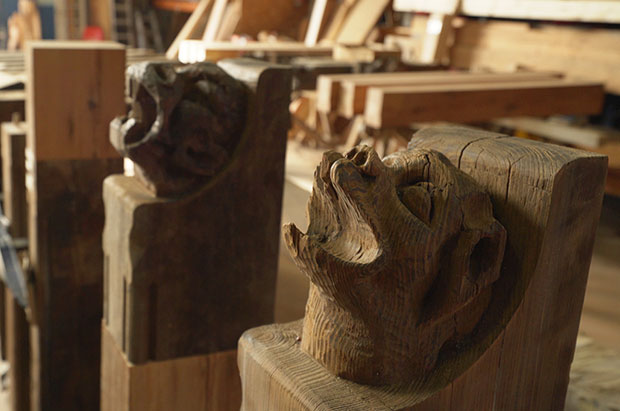 Restoration of the heads

Bonavista commissioned Max Rudgers, a structural carpenter trained alongside the best craftsmen in France, to carry out the restoration work on the heads and beams.

To restore each head, it had to be documented and classified. It then had to be examined to determine the work to be done. The restorers gave each head a nickname and then gradually discovered its history and personality while identifying its unique restoration needs. In some cases, all they needed to do was clean the head and attach it to a new beam.

The wooden beams became “donors” that helped save the original century-old heads. In other cases, the original was in very poor condition and the restorers decided to create an identical copy instead. In addition, five heads were missing, so medieval-style heads had to be created based on the same methods used during that period.

Of the 86 heads, 66 are restored originals, 15 are identical replicas and 5 are new creations.

As was standard practice at the time, only one of the heads seems to have a female face. This head looks like it is wearing a headscarf and the craftsmen involved in the restoration project gave it the nickname, “the nun”. In homage to women and the Modernist period, one of the new heads features a woman’s face in the Modernist style.

Fire was used to age the beams and heads carved out of new wood. They were toasted to give them a robust look and a darker colour than would have been possible by staining them. Old wood turns darker over the years and also starts to look “petrified”. The craftsmen only used brushes when applying a colourless finish to the beams and heads to preserve the wood and fill the pores. 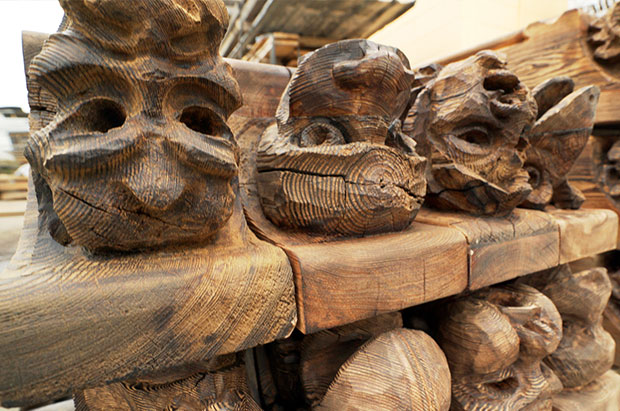 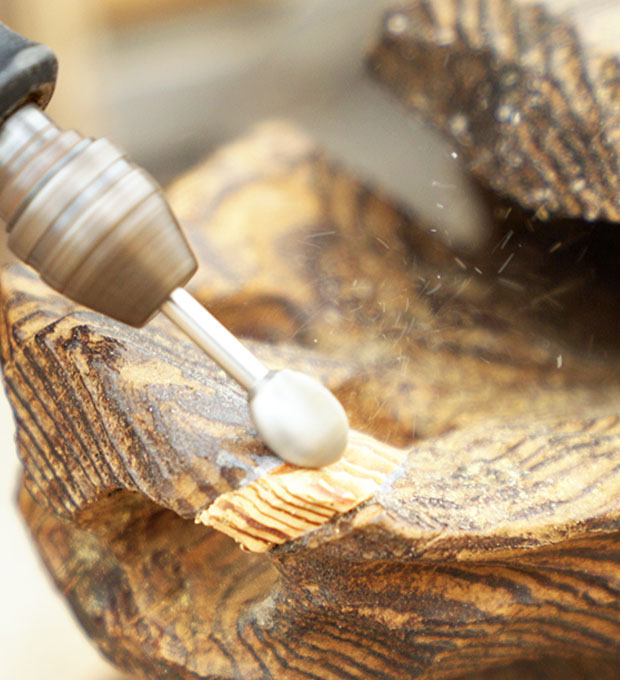 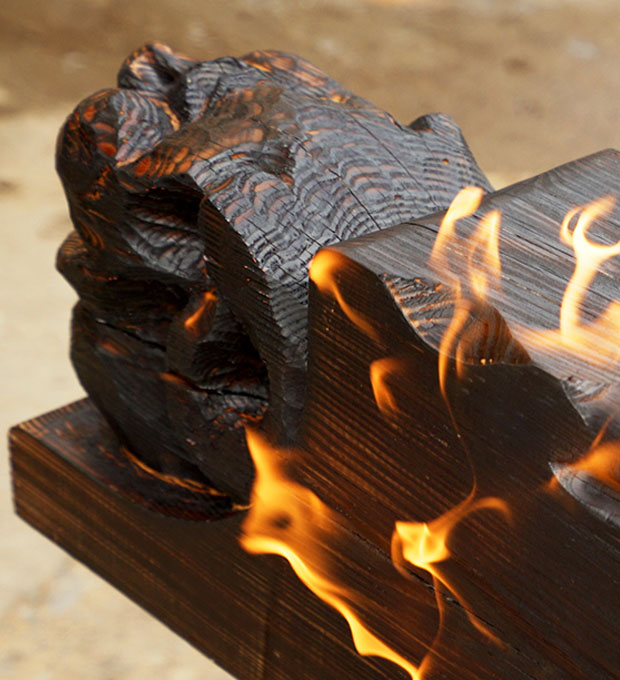 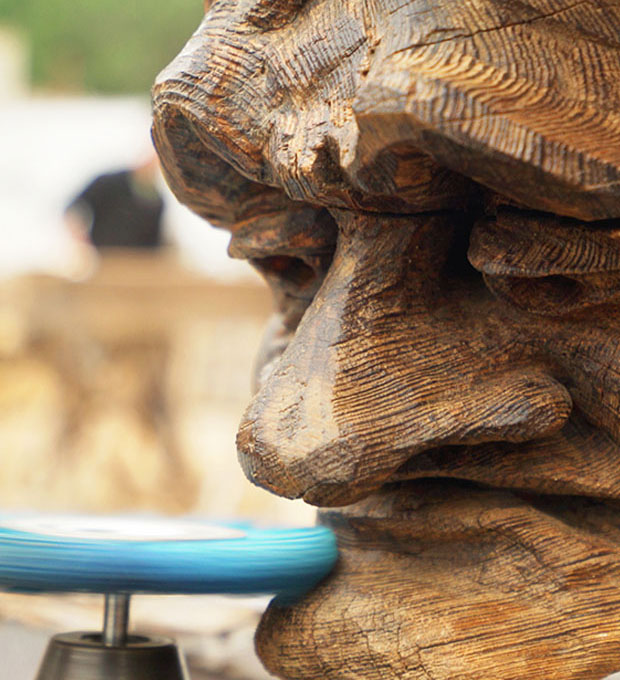 Max Rudgers is was born in the Netherlands trained in France, and now lives in a small village in Girona.

He learned his craft through a training system which only exists in France and dates back to the Middle Ages, compagnonnage, a system of passing down craft skills, which is on the UNESCO list of the Intangible Cultural Heritage of Humanity.

Rudgers has extensive experience in projects involving restoring historic buildings. One of his most iconic projects was the restoration of the so-called “Claustre dels Gats” in the Monastery of Pedralbes, which had been in ruins since 1982. He has also been involved in more contemporary projects and won an award for his wooden dome with a diameter of 26 metres at Mas Marroch, the Roca brothers’ new restaurant.