Modernism played a major role in the development of the mosaic tradition in Barcelona. 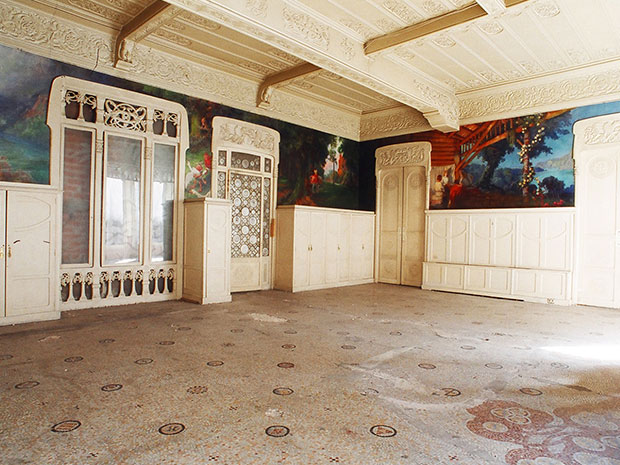 Mosaics actually originate from Ancient Greece. They are named after the Greek word for “muse”. According to legend, such a delicate, precise skill had to be inspired by the Muses.

Romans initially used mosaics only on wall surfaces, but later discovered that mosaic floors were not damaged when walked on or by the passage of time, so they began installing them as decorative elements in their villas and palaces.

Catalonia boasts a very long-standing mosaic tradition due to the period of Roman rule. Though Catalonia has had mosaics for centuries, Modernism played a major role in the development of its mosaic tradition. A few noteworthy examples in Barcelona include Casa Batlló, the Palau de la Música, Hospital de Sant Pau, Palau Güell and some of the Eixample’s most stunning buildings, among them, Casa Burés. 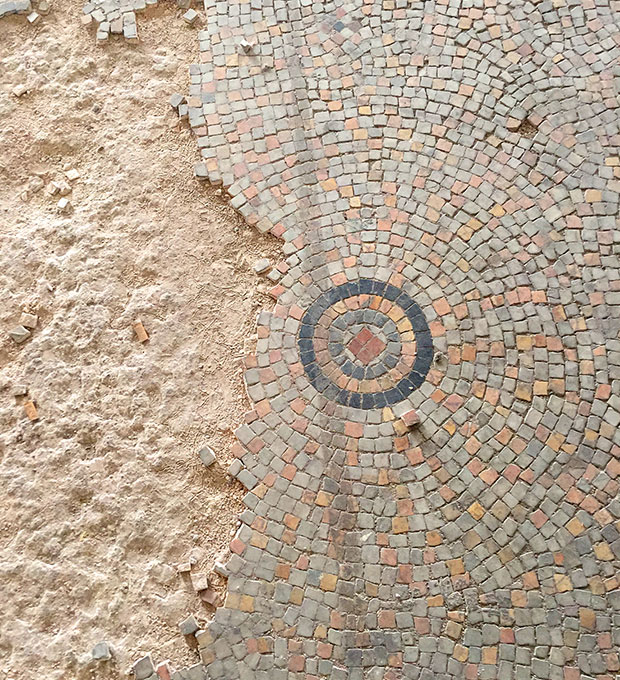 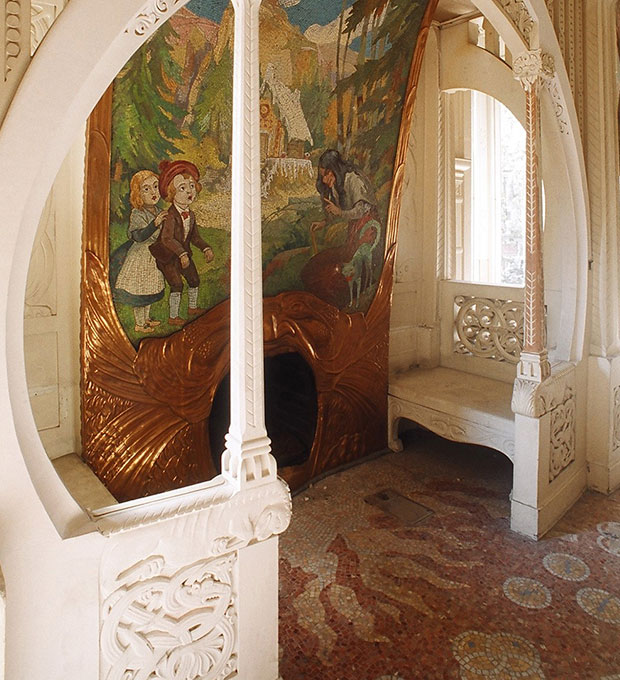 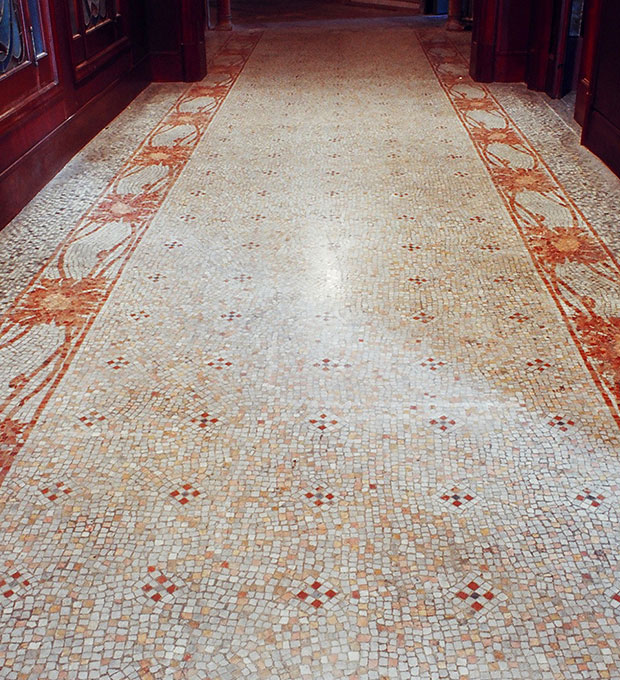 The mosaics were in poor condition due to their age, but also as a result of a century ofrefurbishing projects in the building

The technique was used to decorate façades and interior walls in private homes, and even as flooring. Catalonia’s most prominent Modernist architects, including Antoni Gaudí and Lluís Domènech i Montaner, were frequent users of this technique.

These tiles or tesserae are normally square-shaped and made of marble or other hard stones such as limestone. The design may be simple or feature geometric and floral patterns. 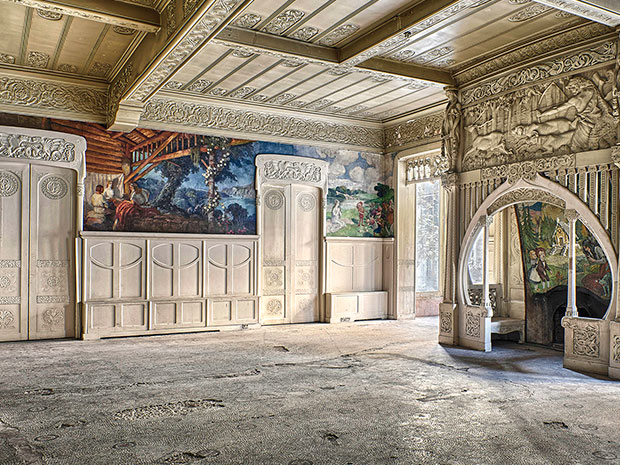 The conservators’ first task was to document their condition

The mosaics in Casa Burés were in poor condition due to their age, but also as a result of a century of refurbishing projects in the building.

The building’s owners had done work that involved drilling into the floor. As a result, thousands of tesserae were pulled up and replaced with patches of cement. The tiles near these cement patches were greatly weakened. The conservators’ first task was to document their condition.

They used photometric imaging to obtain a flat image of the entire mosaic and visualize all the damage to the floor. After mechanically cleaning the mosaics and removing the dust using vacuum systems, the team of experts rinsed them with chemical solvents to eliminate any grease and dirt still on the tiles. If the original tiles were in good condition, all they needed was a layer of mortar between them.

How many tesserae are there in the Burés Residences Hundreds of thousands. For example, in the Hansel and Gretel room, the nearly 100 square metre floor is completely paved with this technique, which means it holds approximately 3,000 tesserae per square metre. Of the original 300,000 tesserae in this room, conservators calculated that around 8,000 had been lost.

The conservators also found tiles from other parts of the mosaic in the cement patches. However, they had to buy pieces of marble in the same colours and cut thousands of tiles, which were then sorted by colour and kept in different baskets. These tiles were laid one by one to repair the damaged floor.

All the new tiles had to be level with the original ones. Conservators levelled the tiles using pieces of wood and gently nudged each tile into place with a rubber hammer. Once all the new tiles were in place, a layer of mortar was poured between them. Finally, they were polished with a layer of wax. 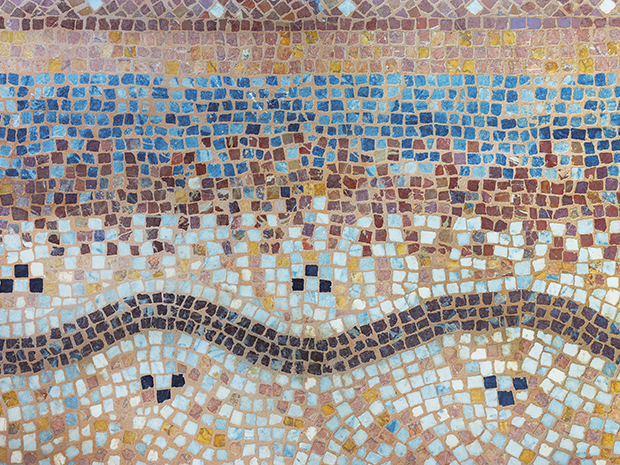 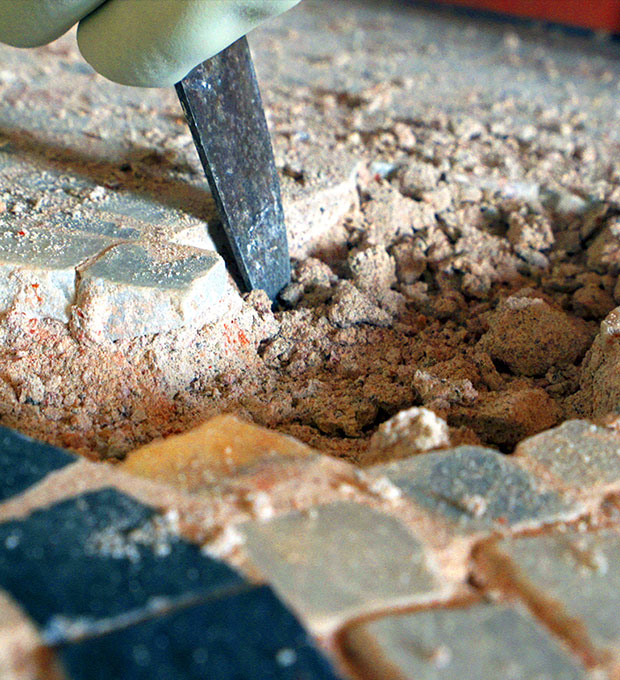 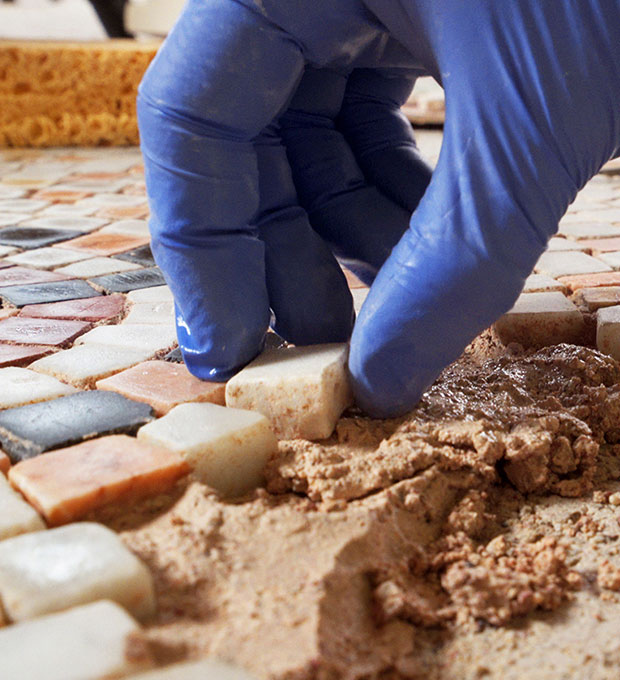 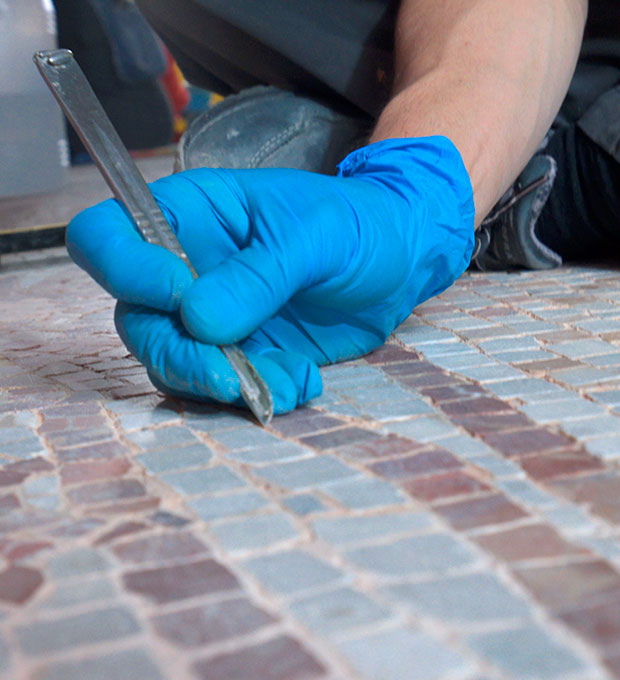 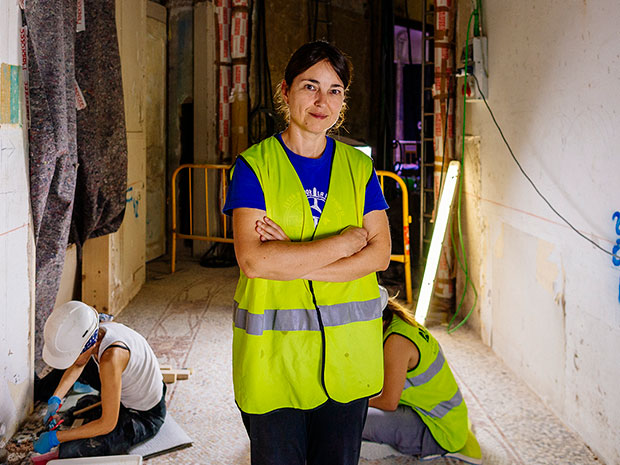 ABAC was founded in 1998 and has taken part in many archaeological and heritage restoration projects. The company restored the wall mosaics in the administration pavilion of Hospital de Sant Pau in Barcelona, declared a UNESCO World Heritage site in 1997. It also recently restored the mosaic in Sant Pau del Camp Church in Barcelona. Though it dates from the Romanesque period, the church has a floor mosaic from the early 20th century. In addition, the company restores authentic Roman mosaics in collaboration with museums such as the Museum of Archaeology in Empúries.

The team that restored the mosaics in Casa Burés consider themselves to be restorers and conservators, not craftsmen, as they feel that name should be reserved for those original artisans. “We’re a bit like doctors. First, we make a diagnosis and that helps us decide on treatment”, said Silvia Llobet, one of the founding members of the company ABAC Conservació i Restauració and an expert in Roman mosaics.