The window and door frames in the most elaborate parts of the building are made of Cuban mahogany. 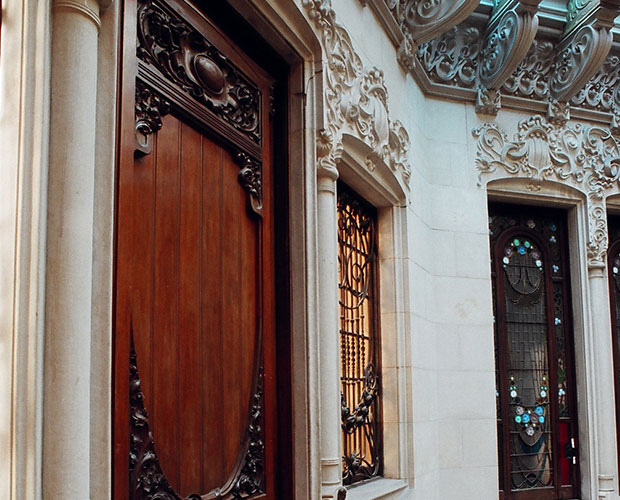 The original craftsmen working on Casa Burés used wood types that were highly prized at the time, some of which are no longer available.

The window and door frames in the most ostentatious parts of the building are made of Cuban mahogany from the Caribbean. This wood is very popular among carpenters because apart from being beautiful, it is resistant to pests and humidity. Its hardiness and high density, made it the perfect wood for boat keels many years ago. Casa Burés also boasts oak and walnut elements. The marquetry is made of ebony and bubinga, a very rare wood.

The woodwork in Casa Burés stands out for the level of detail. It is clear that many craftsmen worked on the building. Over subsequent decades Casa Burés residents have painted over the fine woodwork with layer upon layer of paint which has now been completely stripped off in the restoration process. In some areas however, such as the Louis XV room, the pinewood doors had always been painted, and these maintain their original white colour. 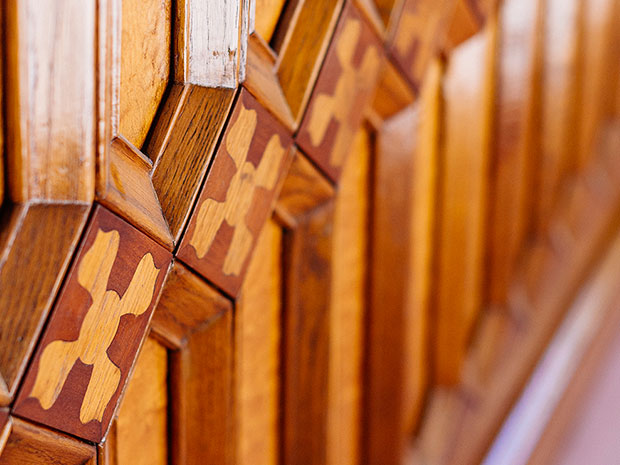 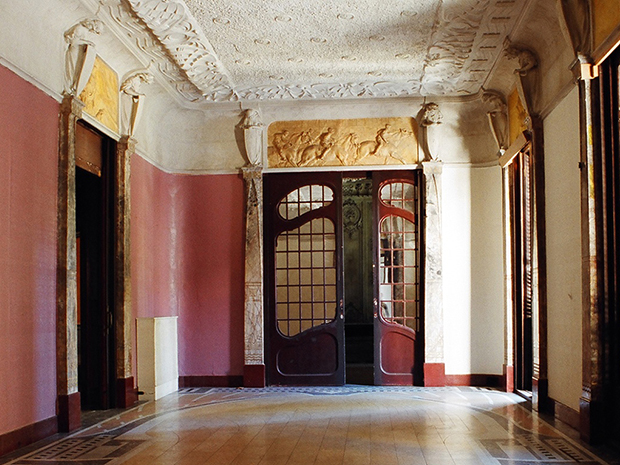 The restoration process has enabled the original doors to function again

A team of craftsmen worked together to restore the door frames, window frames and other original woodwork in Casa Burés. They were also required to reproduce those pieces which could not be saved, using different wood types in the majority of cases.

“The end result was made possible through teamwork and the decisions taken regarding the features which could be reused”, explained Jordi Llorens, managing director of Ebanistería Llorens, a carpentry workshop with a multidisciplinary team that worked closely with carpenter and carver Josep Bartrolí.

“My team managed to restore the windows and doors, which over the years had stopped closing properly, had become twisted or required strengthening or graftwood”, he said, before adding, “Josep Bartrolí crafted the finishes”.

In some cases it has been difficult to determine the the wood type, as it had taken on a confusing toasted colour over the years.

Master carpenter and wood carver Josep Bartrolí restored some of the listed wooden elements in Casa Burés, such as the window frames, door frames and wainscoting. He cleaned the wood with a chemical stripper. “To remove the layers of paint from some of the doors, we used very hot air dryers that can reach 400 degrees”, he explained.

The final finish was created using several layers of shellac, which was the same method used in the 19th century. Bartrolí explained that, to protect the wood, it was given a “very subtle synthetic varnish finish, as recommended by heritage officials”. 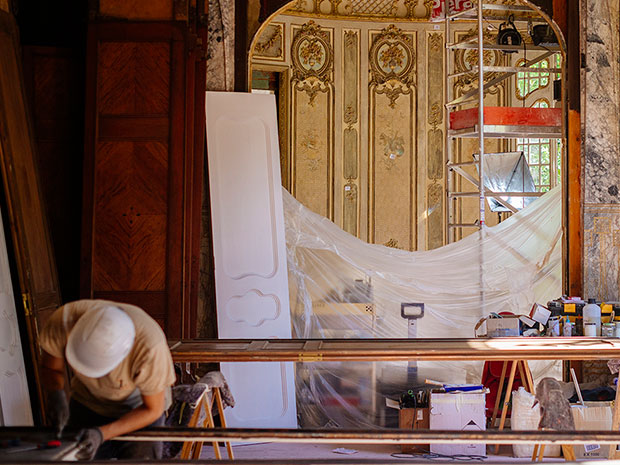 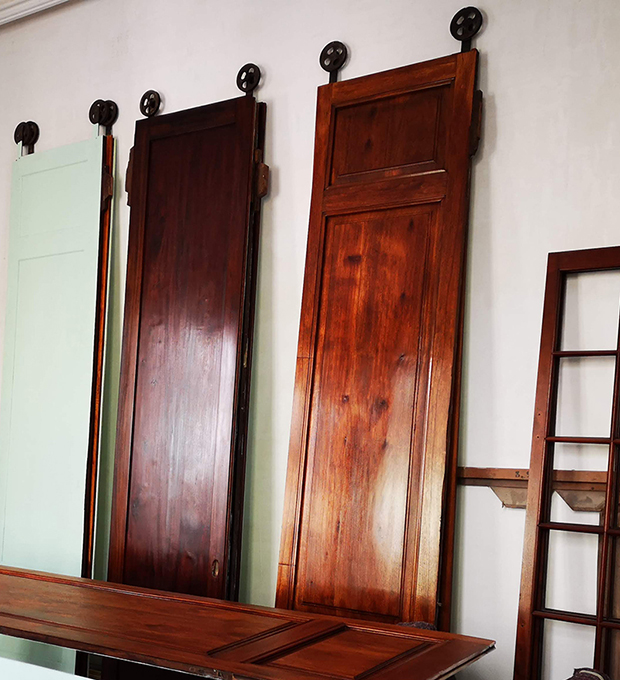 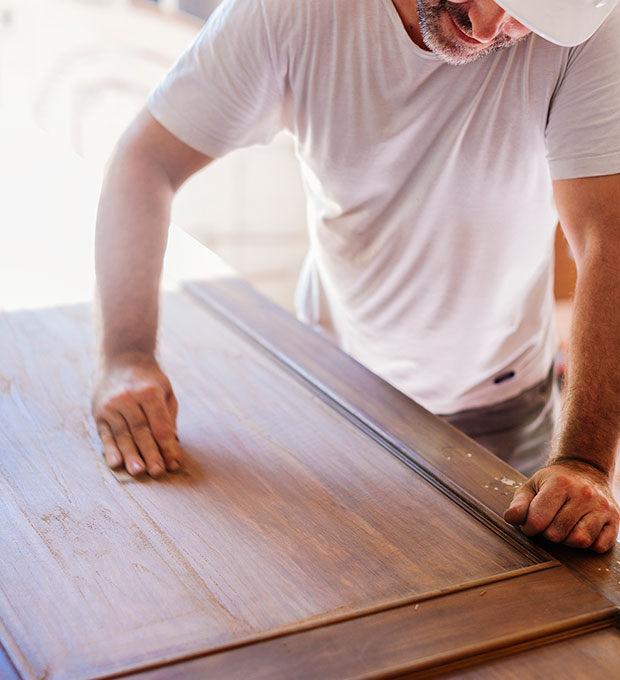 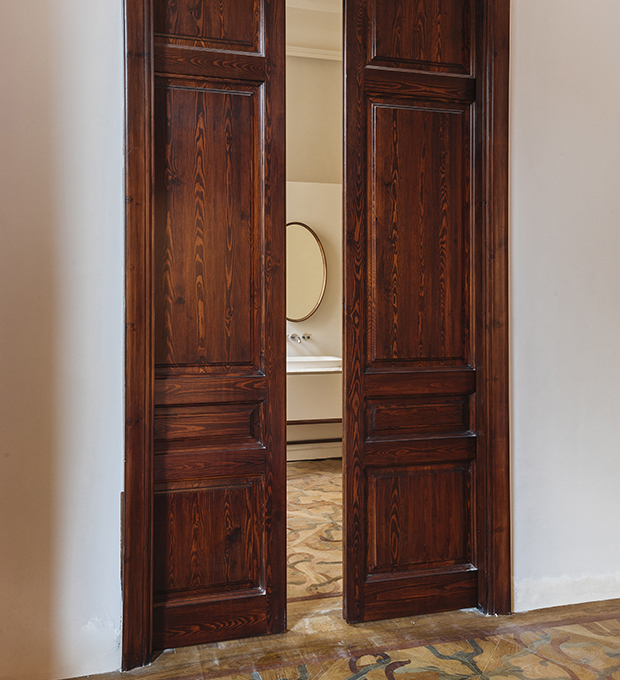 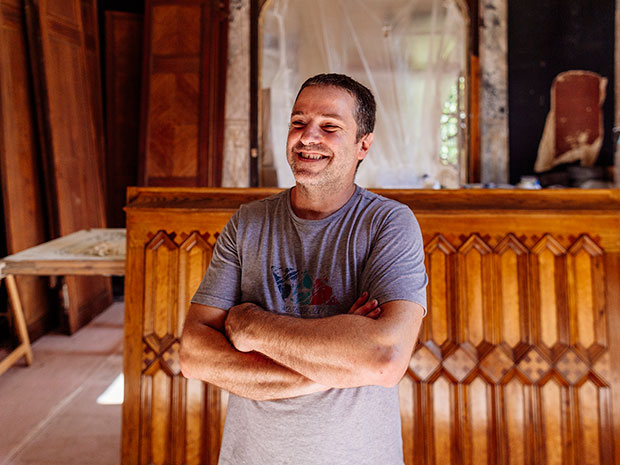 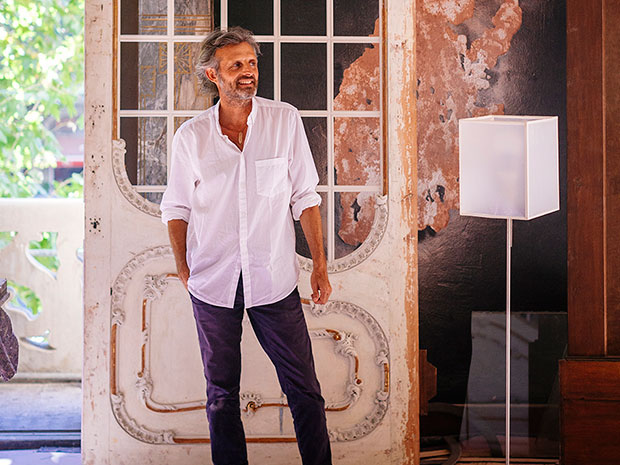 Jordi Llorens is the managing director of the Ebanistería Llorens workshop, a family-run business founded in 1847 by Francesc Llorens to take up commissions for Barcelona Cathedral and the Bank of Spain. Following the Civil War, the workshop restored many church altarpieces that had been burned.

The original workshop was in front of the Cathedral, in a building that no longer exists. In recent times, the company’s growth forced it to move to the Sant Gervasi district and later to Hospitalet de Llobregat, where it is currently based.

One of the current team’s significant commissions was the restoration of the Barcelona Cathedral door.

Jordi Llorens has coordinated a wide range of projects, including the Museum of Nature and Man in Santa Cruz (Tenerife), the liturgical furniture in the Sacristy of the Sagrada Familia in Barcelona, the VIP room in the Japan Pavilion for the Universal Exposition of Seville and the formwork of Joan Miró’s “Dona i Ocell” sculpture in Joan Miró Park in Barcelona.

Josep Bartrolí learned his craft from his father Josep, who was “one of the greatest masters”. Just like his father, his workshop is in La Pobla de Claramunt. He was involved in restoring Casa Pascual i Pons, a building created by Enric Sagnier on Passeig de Gràcia in Barcelona. He has also restored the woodwork in numerous farmhouses in the Penedès wine region.